Listen to this article
2022-12-07T04:19:52Z
After a night of nail-biting, there’s still no decisive winner in one of the most contentious primary races in the United States.

Former President Donald Trump had a mixed endorsement record in the U.S. midterms, pushing the Republican Party further to the right in nomination contests, but picking candidates who lost key elections, contributing to his party’s failure to take control of the Senate.

Trump, who launched a new run for the White House last month, endorsed more than 200 candidates during the election cycle, though most were Republicans competing in races that were easy wins for the party.

In 12 highly competitive endorsements, however, including several that started with primary challenges to incumbent Republicans, four won election but five lost, including Herschel Walker, who on Tuesday came up short in Georgia’s run-off contest for a U.S. Senate seat. Three others lost their primaries.

Here’s a look at Trump’s record:

A retired football star who has never held elected office, Walker forced a run-off against Warnock after neither won a majority of the vote in their Nov. 8 matchup. But on Tuesday, Walker underperformed in Georgia’s big, suburban counties. A vocal anti-abortion advocate, Walker was dogged by reports that he paid for multiple former girlfriends to have abortions. He denied all allegations against him.

While Washington’s 3rd congressional district was viewed ahead of the election as leaning Republican, Kent narrowly lost to Democrat Marie Gluesenkamp Perez after coming under criticism for his connections to the far right. Kent, a former special forces officer, campaigned with U.S. Representative Matt Gaetz of Florida and told Oregon Public Broadcasting that he held a social media strategy call with white nationalist Nicholas Fuentes, though he said he disagreed with Fuentes’ “ethno-nationalism.”

Gibbs lost by a clear margin to Democrat Hillary Scholten in what had been expected to be a close contest. A former housing official under Trump with a history of inflammatory tweets, including references to baseless conspiracy theories about Democrats and Satanism, Gibbs had defeated U.S. Representative Peter Meijer in the primary after a Democratic Party group spent heavily on television ads touting Trump’s endorsement. Meijer, one of the few Republicans who voted to impeach Trump last year, slammed the ads as a ploy to help his “far-right opponent” get on the ballot and make it easier for Democrats to win the moderate district in November.

Trump backed Tshibaka, a former Alaska state administration commissioner, to unseat Murkowski, one of seven Republican senators who voted to convict Trump in 2021 on impeachment charges. Both Murkowski and Tshibaka advanced from an August primary contest along with Democrat Pat Chesbro, but Murkowski triumphed in the general election, which featured a new ranked-choice voting system that takes into account voters’ second-choice picks. Neither Murkowski nor Tshibaka won more than 50% of the vote, but Murkowski ended up with 54% of the vote after Chesbro was eliminated, with most of her votes reallocated to Murkowski.

Vance is widely known as the author of best-seller “Hillbilly Elegy,” which documented the descent of factory towns in states like Ohio into poverty and drug abuse. For the Senate contest, he shed his reputation as a Trump critic and styled himself as an angry populist in the Trump mold, winning the former leader’s endorsement. In the midterm contest, he defeated Democratic U.S. Representative Tim Ryan.

Budd narrowly defeated Democrat Cheri Beasley in the Senate contest. A rank-and-file member of the House of Representatives, Budd had little statewide name recognition before he sought the Republican nomination. Following Trump’s endorsement, he surged in opinion polls and easily defeated former North Carolina Governor Pat McCrory in the May 17 primary.

Trump threw his backing behind Hageman, a lawyer, in September 2021, looking to punish incumbent Republican U.S. Representative Liz Cheney, who was stripped of her role as the No. 3 House Republican for voting to impeach the former president on a charge of inciting the Jan. 6, 2021, Capitol riot. Cheney, the daughter of former U.S. Vice President Dick Cheney, also served as the vice chair of the House committee investigating the Capitol attack. Hageman easily won the Nov. 8 contest to represent Wyoming, which is overwhelmingly Republican.

Fry, a state representative, won Trump’s endorsement after U.S. Representative Tom Rice joined Democrats and a handful of Republicans in voting to impeach the former president for inciting the deadly attack on the Capitol. Fry defeated Rice in the June 14 Republican primary, telling supporters afterward he would work hard to make Trump proud. On Nov. 8, he easily beat Democratic opponent Daryl Scott.

Former small-town police chief Loren Culp won Trump’s endorsement to take on Newhouse, who had stoked Trump’s ire by voting to impeach him last year. But Newhouse advanced in the August Republican primary, with Culp blaming his loss on a crowded field of Republican candidates who were similarly pro-Trump. Newhouse easily won re-election. 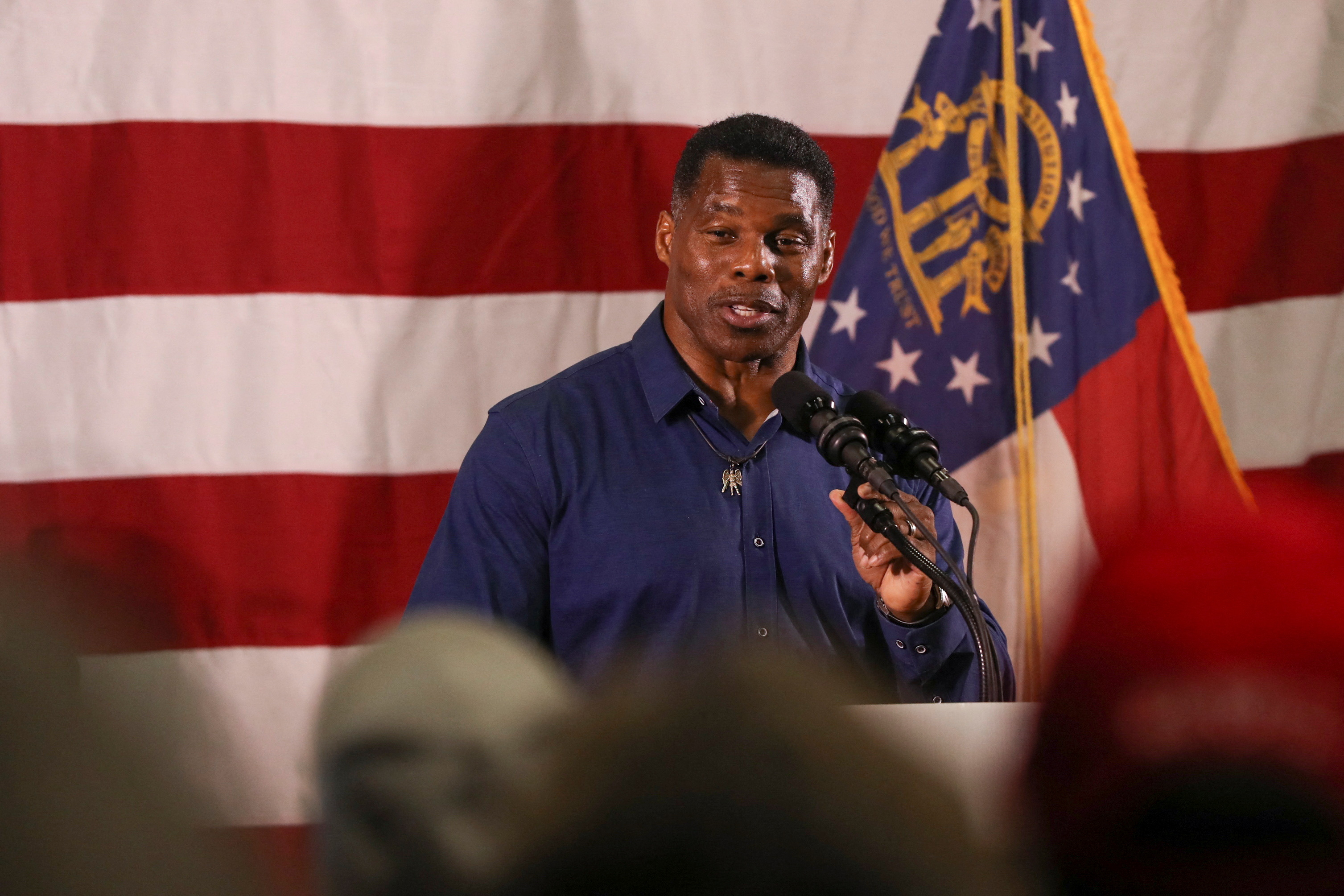 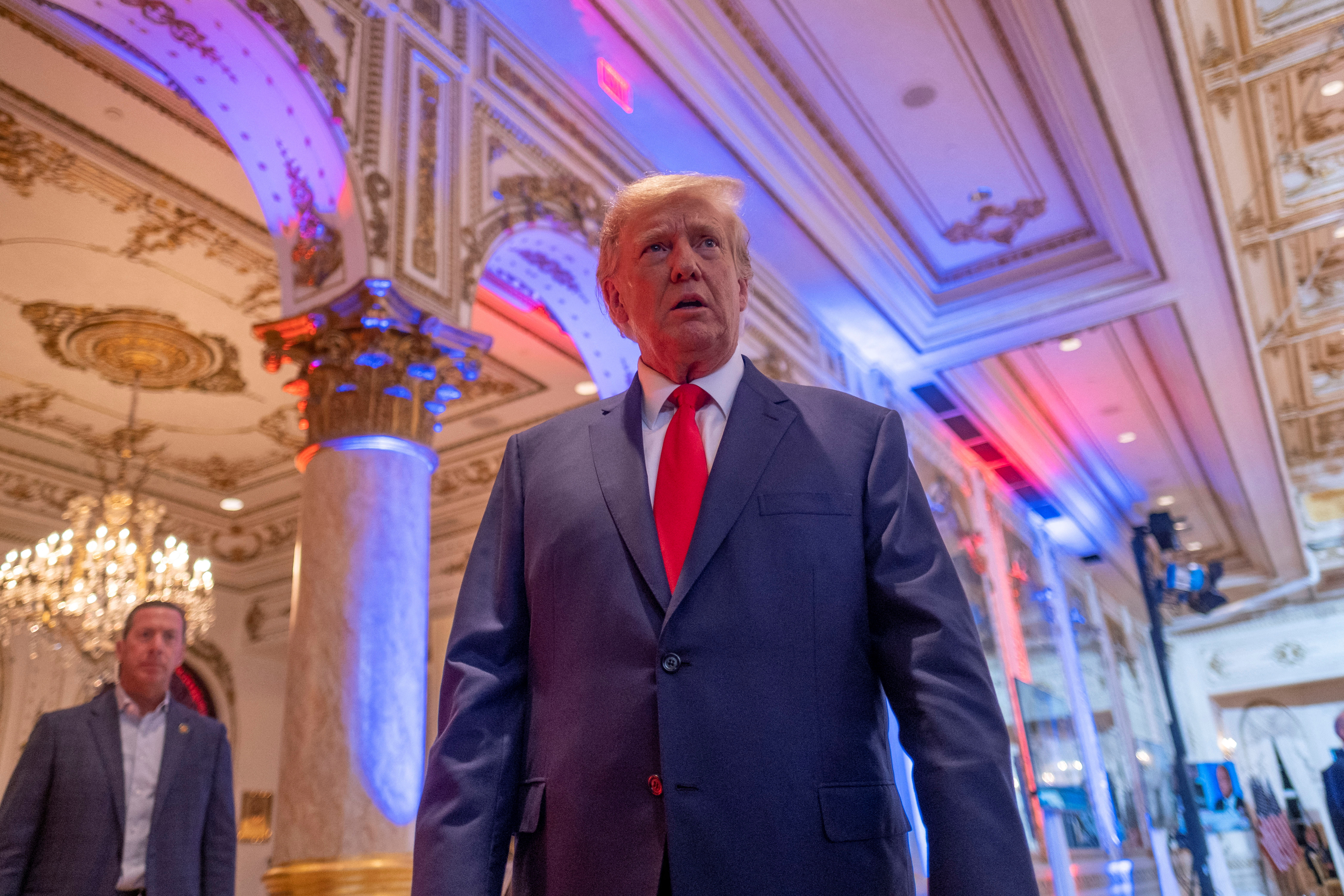 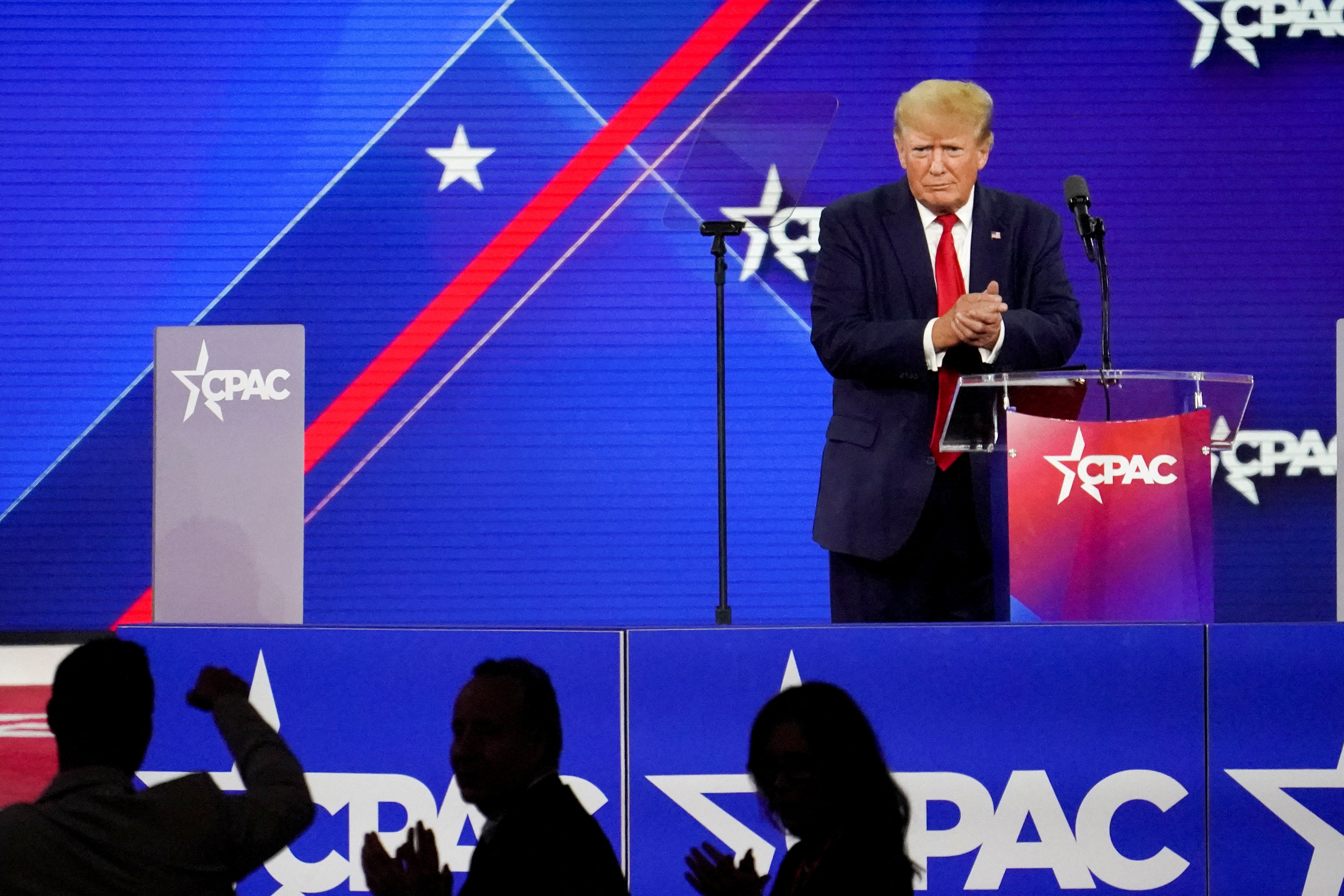 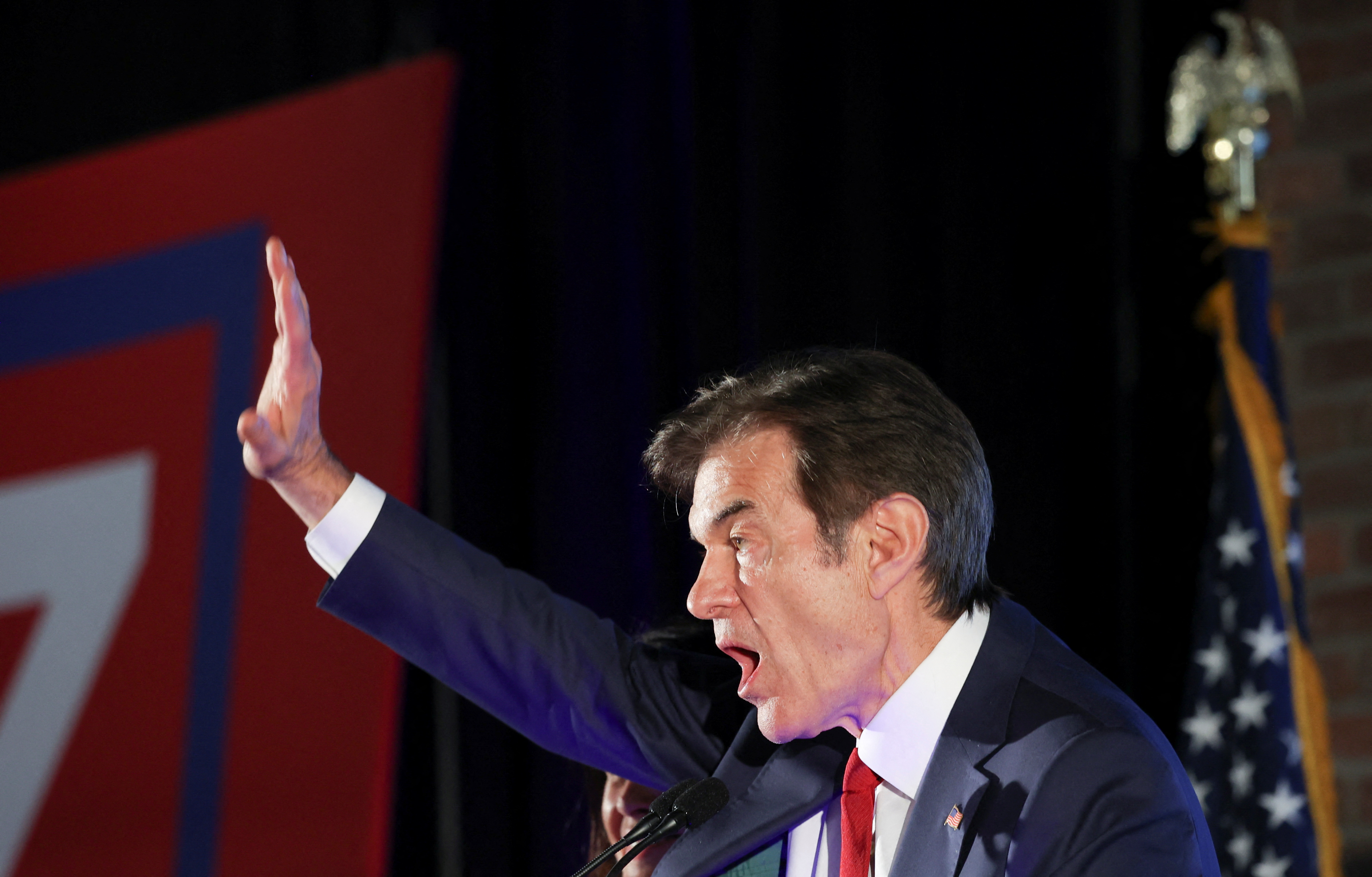 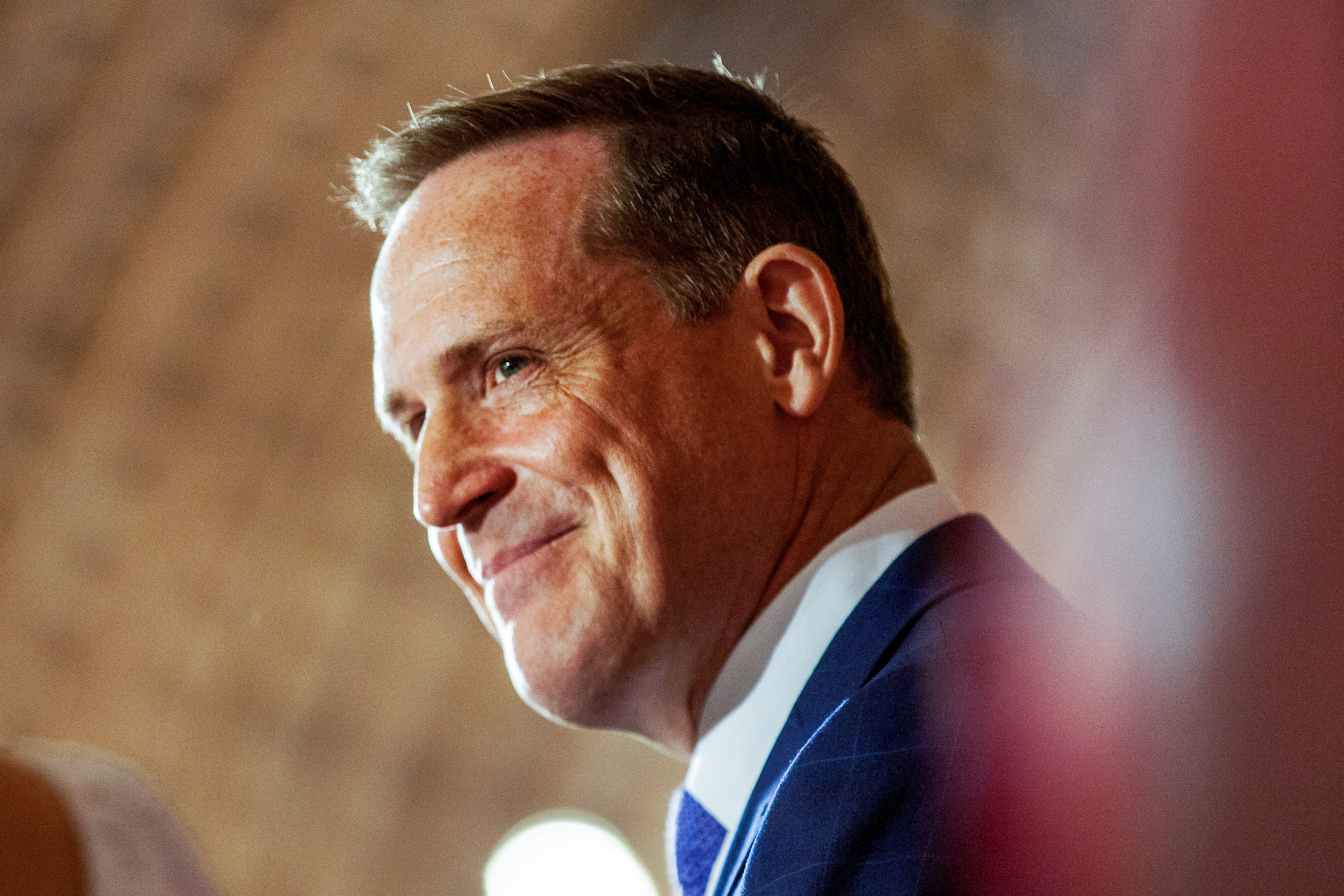 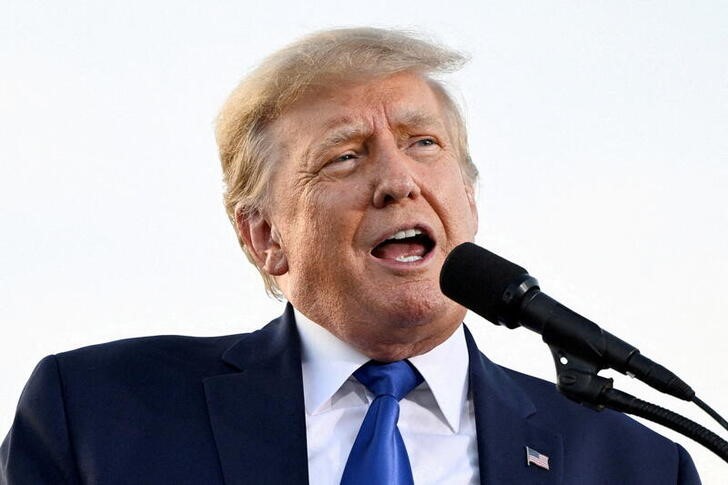 File Photo: Former U.S. President Donald Trump speaks during a rally to boost Ohio Republican candidates ahead of their May 3 primary election, at the county fairgrounds in Delaware, Ohio, U.S. REUTERS/Gaelen Morse 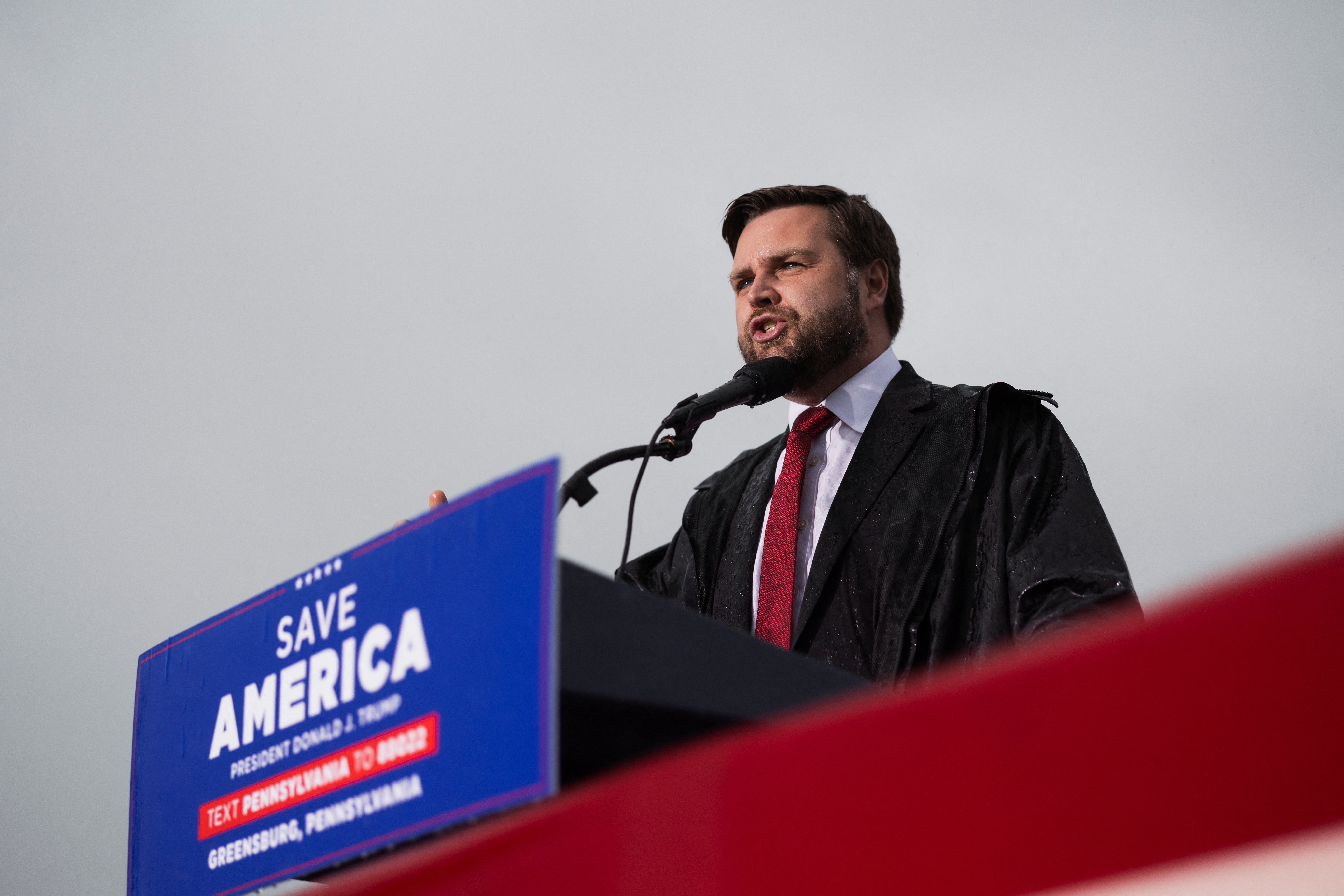