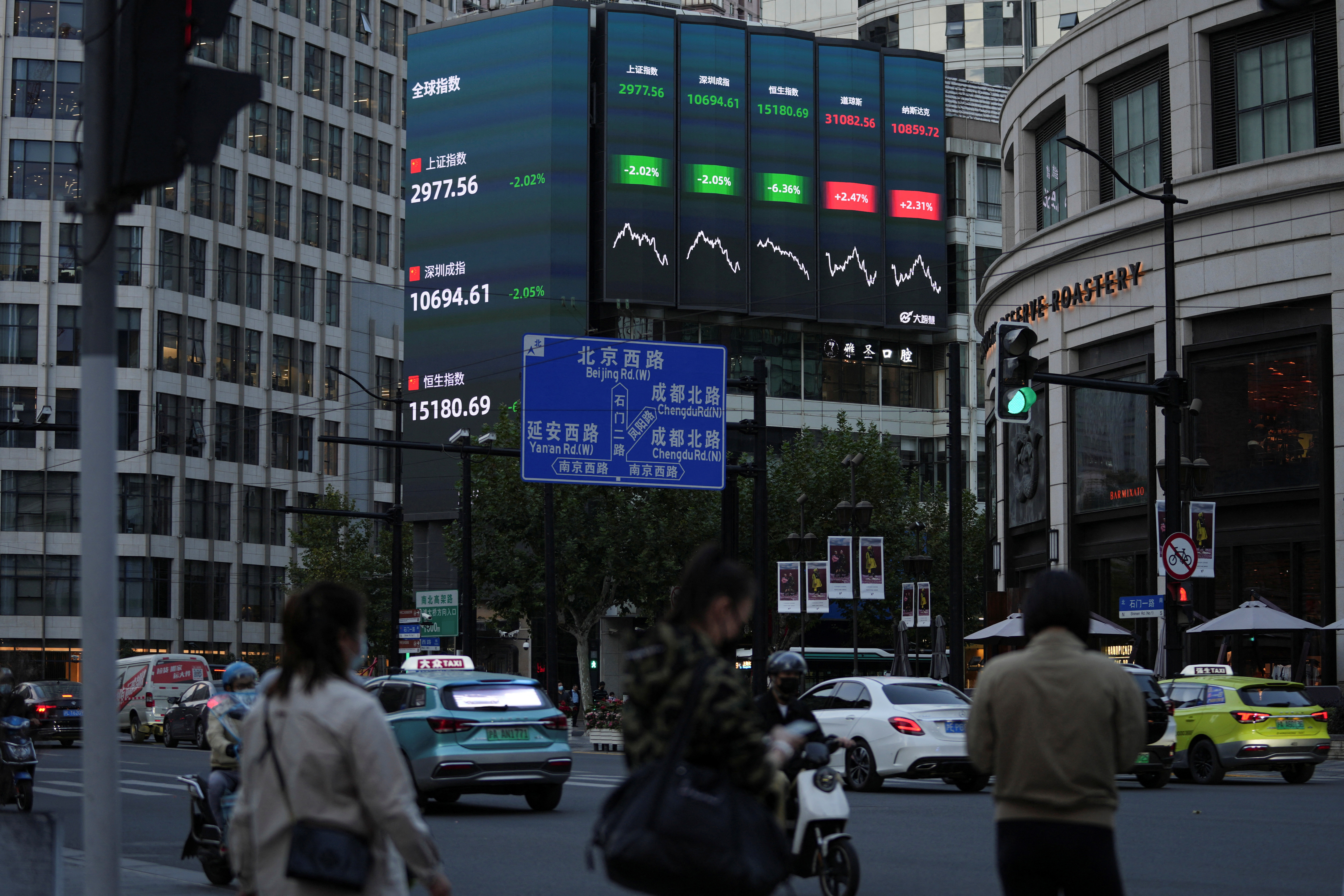 Asia’s stockmarkets wobbled lower on Wednesday as reality bit on hopes for a soft economic landing in the United States, and investors curbed further enthusiasm about China’s reopening.

The S&P 500 (.SPX) had dropped for a fourth straight session on Tuesday and the brakes have come on a rally that has lasted almost two months. Oil also fell sharply and, with Brent futures at $79.50 a barrel, is back where it began the year.

“Some of the optimism that had driven the rally is being put to the test,” said Shane Oliver, head of investment strategy at Australia’s AMP.

“We might be transitioning from a situation of worrying about inflation and interest rates, to one where the negatives become weakening growth and falling profits.”

India on Wednesday was the latest central bank to start slowing the pace of rate increases, with a hike of its key lending rate by 35 basis points to 6.25%, smaller than the three 50 bp hikes it delivered previously. Canada is the next cab off the rank with a rates decision expected at 1500 GMT.

In the United States, big banks are bracing for a worsening economy next year as inflation and rate rises threaten consumer demand, with top executives at Goldman Sachs, J.P. Morgan and Bank of America all sounding downbeat in remarks on Tuesday.

“Economic growth is slowing,” said Goldman Sachs CEO David Solomon. “When I talk to our clients, they sound extremely cautious.”

The yield on benchmark 10-year U.S. Treasuries fell 8.6 basis points to 3.513% overnight and was last at 3.5460%. That is more than 80 bps below the two-year yield as investors reckon on high rates hurting growth.

Traders in Asia are intently weighing prospects for loosening in China’s COVID-19 controls and what that means for the world’s second-biggest economy and regional demand.

Beijing on Tuesday allowed residents into parks, supermarkets, offices and airports without tests.

“This alone will start to make a difference to consumption figures if replicated across the country,” said BNY Mellon strategist Geoff Yu.

“But execution matters,” he added.

“And there are very few precedents for what the country is looking to achieve … the world will need to be braced for the inflation implications, which have accompanied every major re-opening.”

Oil prices have been sliding with declining demand expectations and now sit more than 40% below a high of nearly $140 a barrel made shortly after Russia’s invasion of Ukraine.

In foreign exchange markets the dollar was seeking to steady after excitement about a slowdown in U.S. rate hikes have knocked it from the year’s highs.

It was firm at 137.28 yen in Asia on Wednesday and traded at $1.0467 per euro . The Australian dollar was broadly steady at $0.6696 despite Australian third-quarter growth coming in a bit below forecasts.

The Canadian dollar hovered at 1.3644 per dollar ahead of an expected rate hike from the Bank of Canada later on Wednesday. The U.S. dollar index sat at 105.5.

Spot gold was steady at $1,773 an ounce and bitcoin , at $17,000, was going nowhere with cryptocurrency sentiment fragile as the fallout from the collapse of FTX ripples through the sector.