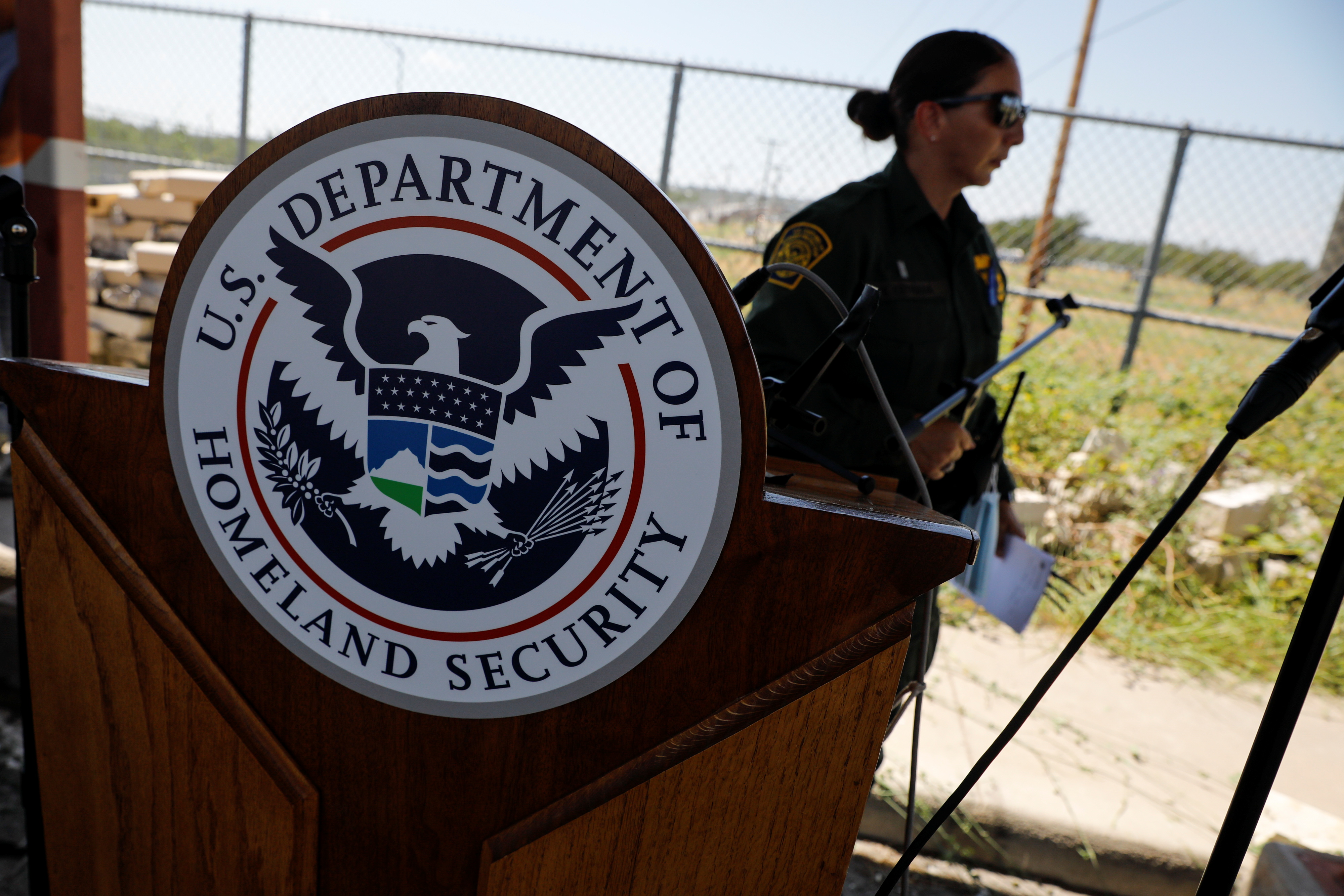 The seal of the U.S. Department of Homeland Security is seen after a news conference near the International Bridge between Mexico and the U.S., as U.S. authorities accelerate removal of migrants at border with Mexico, in Del Rio, Texas, U.S., September 19, 2021. REUTERS/Marco Bello

The threat environment in the United States will remain heightened in coming months, with lone offenders and groups motivated by a range of ideologies posing a danger, the U.S. Department of Homeland Security (DHS) said on Wednesday.

Threat actors could exploit several upcoming events to justify or commit acts of violence, including certifications related to the midterm elections, the holiday season and associated large gatherings and the marking of two years since the Jan. 6, 2021, attack on the U.S. Capitol, the DHS said in a bulletin.

Wednesday’s bulletin, called the “National Terrorism Advisory System (NTAS) Bulletin”, was issued to provide the public with information about the threat landscape facing country and how to stay safe.

“Our homeland continues to face a heightened threat environment – as we have seen, tragically, in recent acts of targeted violence – and is driven by violent extremists seeking to further a political or social goal or act on a grievance,” Homeland Security Secretary Alejandro Mayorkas said.

The threat assessment follows the recent Thanksgiving holiday in a week overshadowed by gun violence with two deadly shootings – one where an attacker opened fire in an LGBTQ nightclub in Colorado Springs, Colorado, killing five people; and the other wherein a Walmart employee gunned down six coworkers and turned the gun on himself in Chesapeake, Virginia.

It was the seventh such advisory issued by DHS since January 2021, when officials turned fresh attention to domestic threats after supporters of then-President Donald Trump had attacked the U.S. Capitol.