Taiwanese chipmaker TSMC (2330.TW) on Tuesday said it would more than triple its planned investment at its new Arizona plant to $40 billion, among the largest foreign investments in U.S. history, as President Joe Biden visited and hailed the project.

The expanded investment is a big win for Biden after supply chain issues disrupted the U.S. economy early in his presidency.

“American manufacturing is back, folks,” Biden said in a speech against the backdrop of the new factory draped with an American flag and a large banner reading “A Future Made in America Phoenix, AZ.”

Biden’s recent trip to Asia convinced him the United States is in a better position to lead the world economy in the years ahead “if we keep our focus,” he said.

Apple Inc (AAPL.O), Nvidia Corp (NVDA.O) and Advanced Micro Devices Inc (AMD.O), all major TSMC customers, said they expected their chips to be made in the new plants.

“We work with TSMC to manufacture the chips that help power our products all over the world. And we look forward to expanding this work in the years to come as TSMC forms new and deeper roots in America,” Apple CEO Tim Cook said in a speech.

The plant, scheduled to be operational in 2024, will make a more advanced chip than initially announced.

TSMC, the world’s largest contract chipmaker, is a leading supplier to major U.S. hardware manufacturers. Its $40 billion funding for the two facilities is the company’s largest investment outside of Taiwan.

“Bringing TSMC’s investment to the United States is a masterstroke and a game-changing development for the industry,” Nvidia’s Huang said in remarks prepared for Tuesday’s event.

TSMC’s expanded investment in Arizona is the latest in a string of major investments announced by chipmakers since the CHIPS and Science Act passed this summer. These include International Business Machines Corp (IBM.N), Micron Technology Inc (MU.O) and Wolfspeed Inc (WOLF.N).

TSMC said it would build a second facility nearby to produce so-called “3 nanometer” chips by 2026, the most advanced currently in production.

TSMC also said it was planning to build an industrial water reclamation plant. Chip making is a water-intensive process, and Arizona, which is largely desert, is increasingly struggling with water shortages.

TSMC’s Liu said its Phoenix factories are expected to create 13,000 high-tech jobs, including 4,500 under TSMC and the rest filled by suppliers.

Biden has sought to boost semiconductor production after the pandemic caused supply chain problems that led to shortages of chips for vehicles and many other items.

U.S. semiconductor production accounts for just 12% of the global total, down from 37% two decades ago, said a White House report on supply chain problems last year.

Taiwan’s dominant position as a maker of chips used in technology from cellphones and cars to fighter jets has sparked concerns of over-reliance on the island, especially as China ramps up military pressure to assert its sovereignty claims.

The $52.7 billion Chips and Science Act, signed into law by Biden in August, is aimed at preventing a resurgence of supply chain woes.

Biden’s trip to Arizona marks “a significant milestone that TSMC is reaching in bringing the most advanced semiconductor manufacturing back to the U.S.,” said Brian Deese, director of the White House National Economic Council.

Biden’s victory in Arizona in the 2020 presidential election helped catapult him to the White House. Republican Donald Trump had won the state in 2016.

Biden has said he intends to seek a second four-year term in 2024. 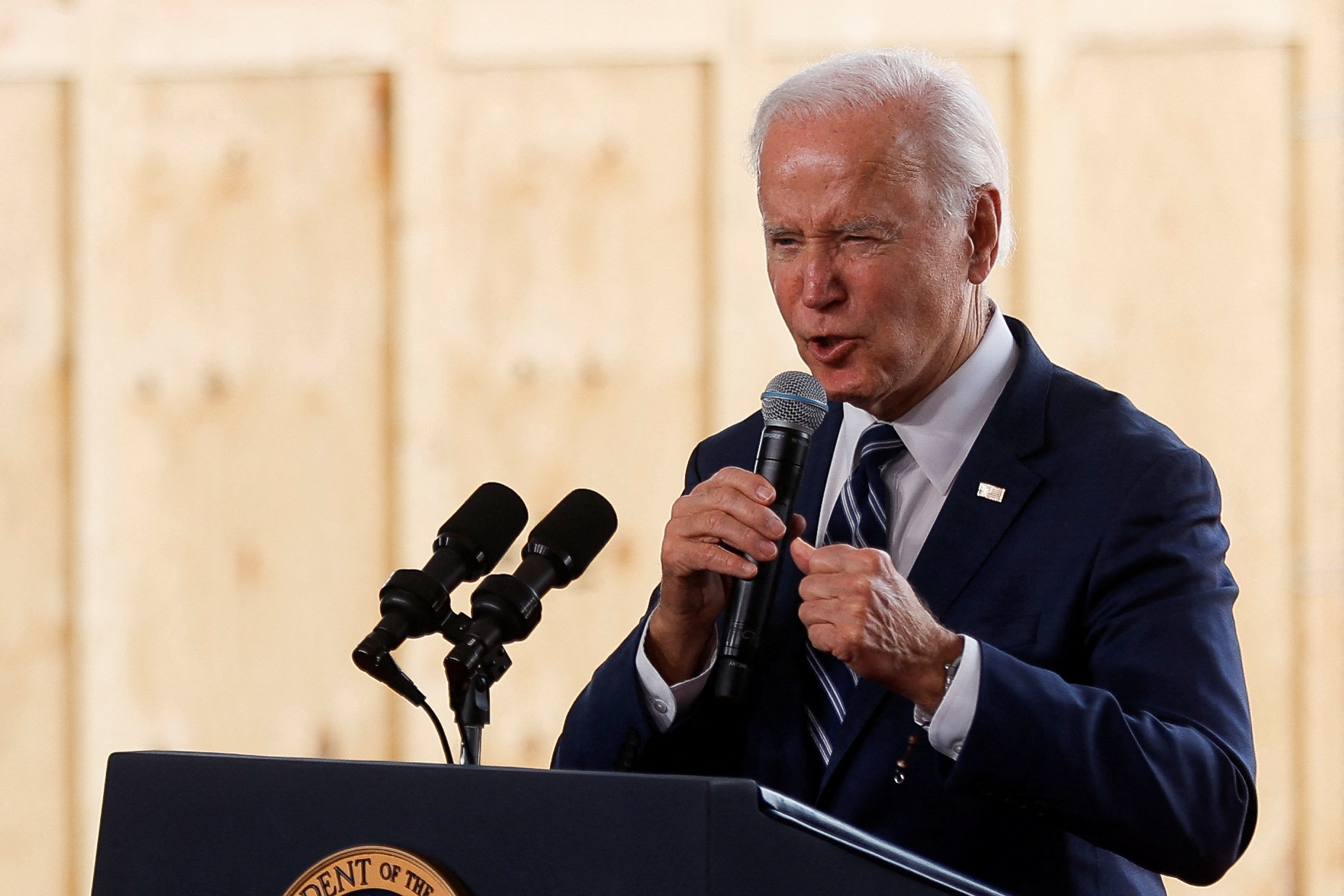 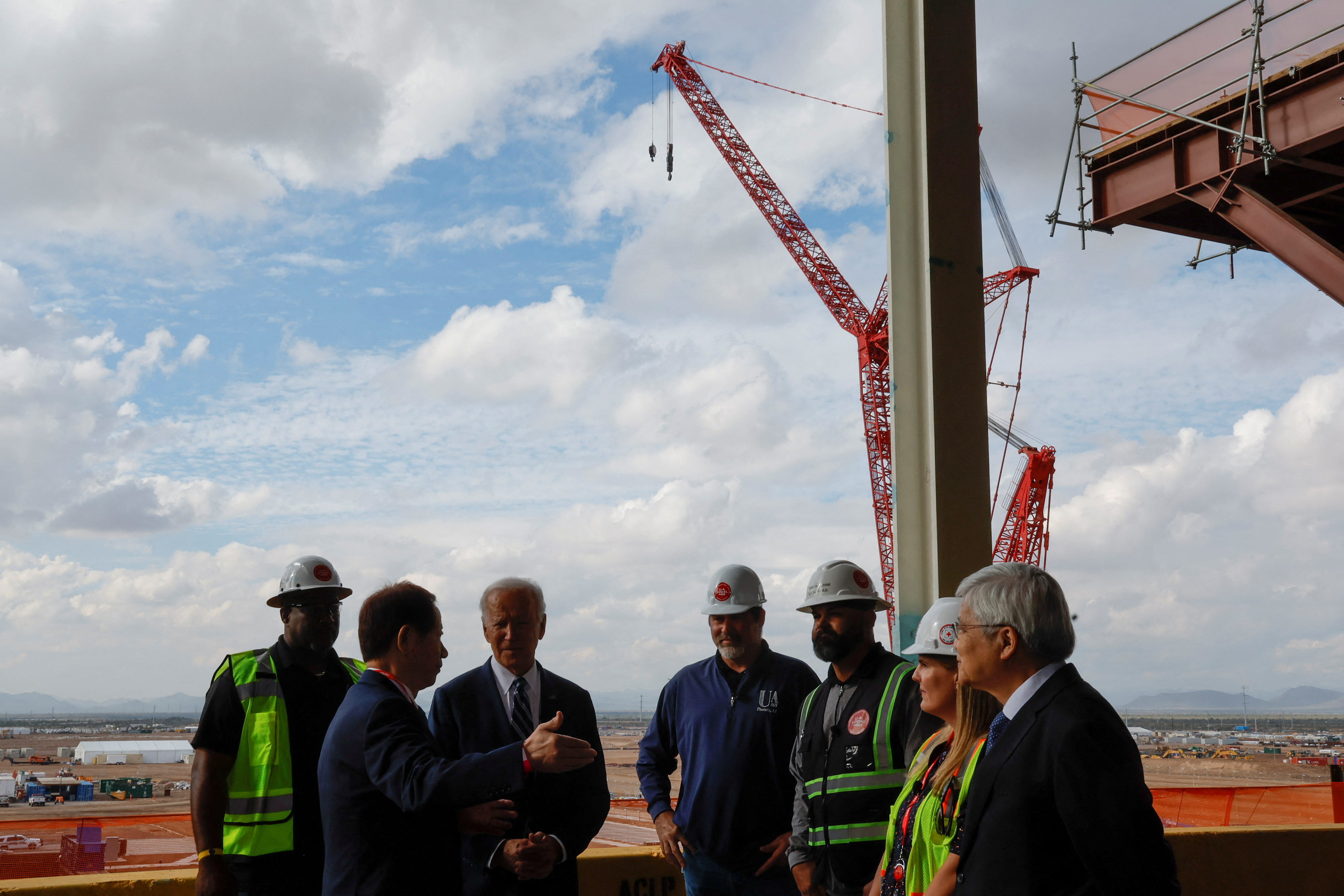 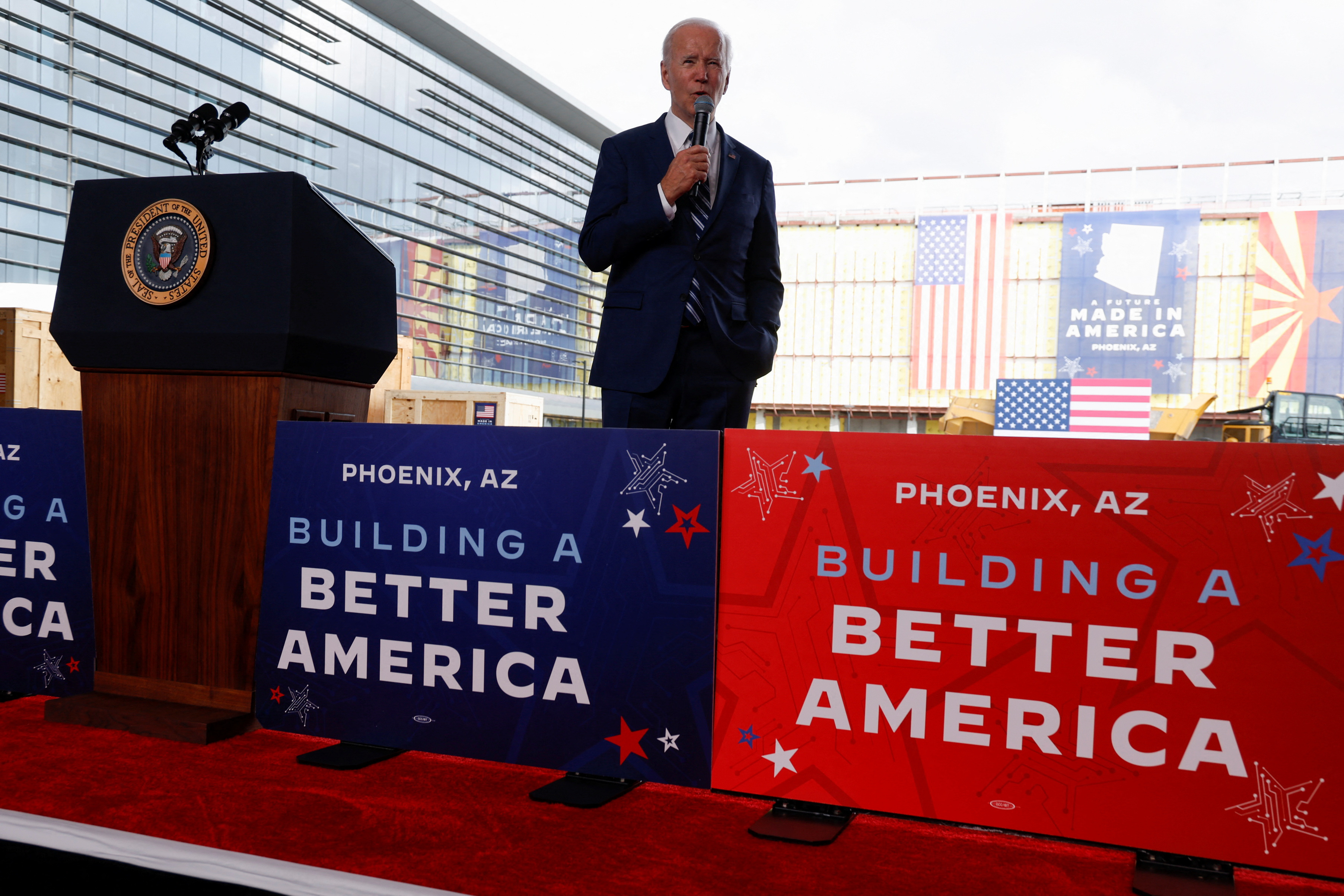 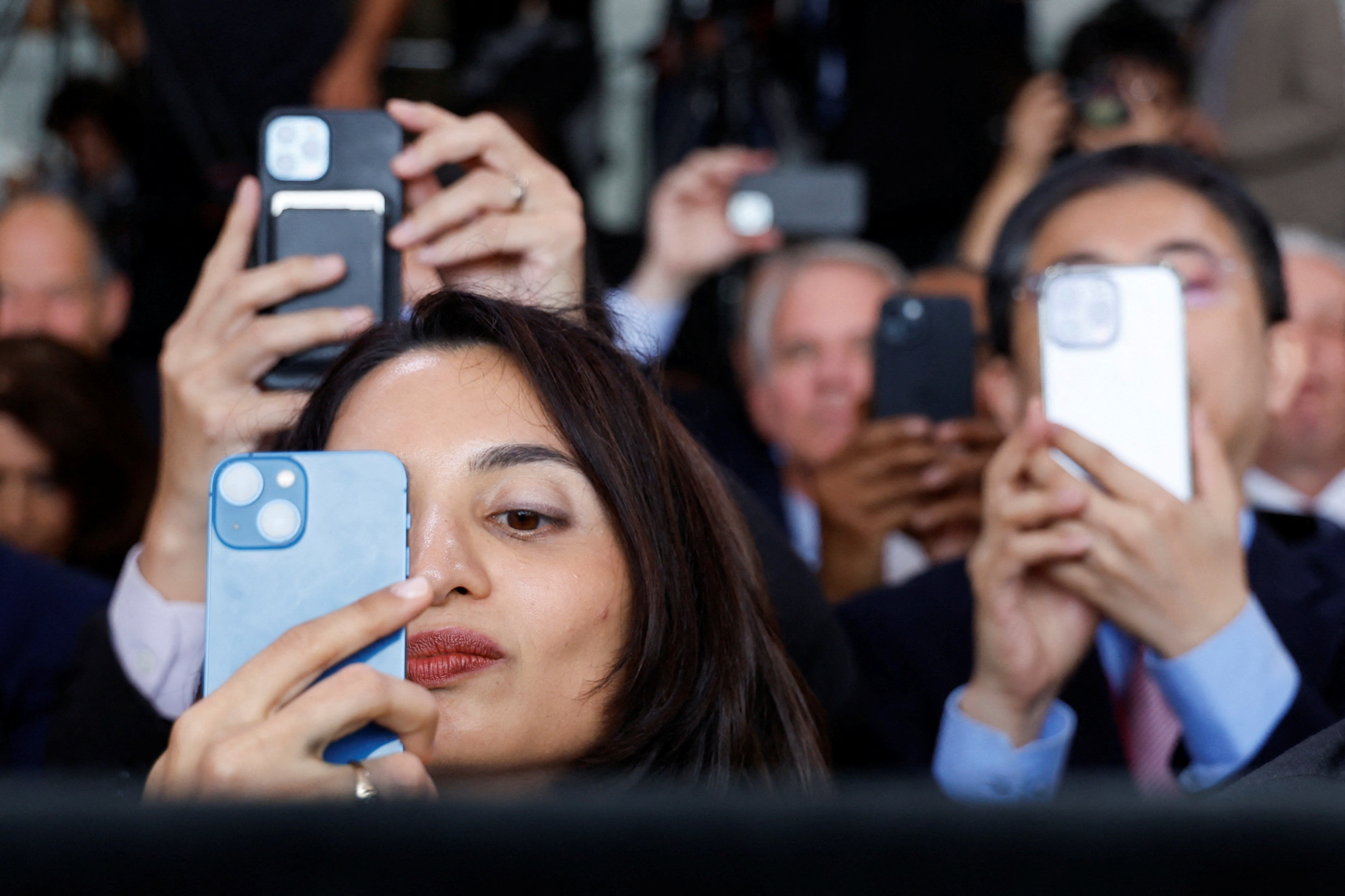 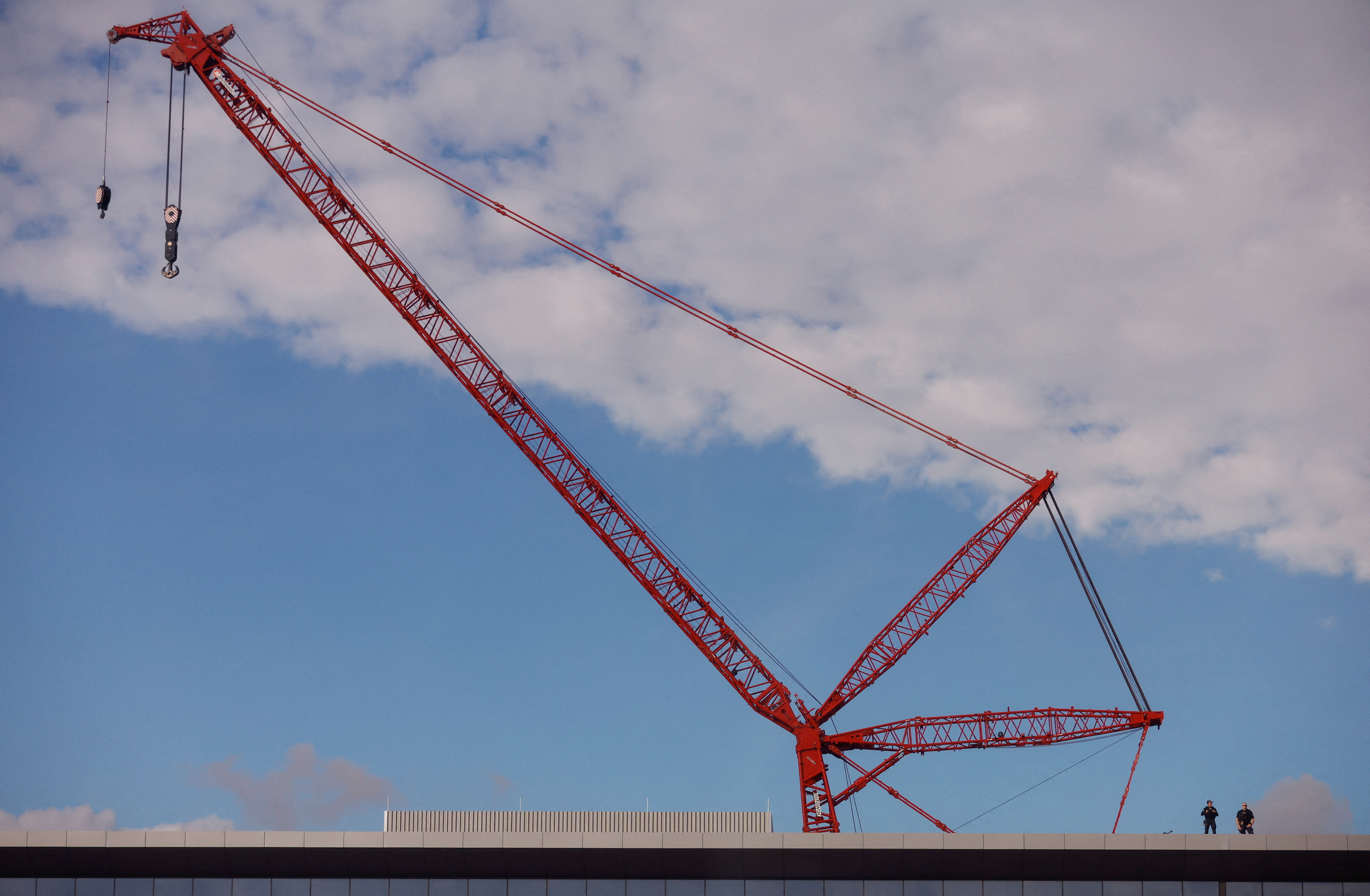 U.S. Secret Service members watch from the TSMC roof, with one of the world’s largest construction cranes behind them, as they wait for U.S. President Joe Biden’s departure after a visit to TSMC AZ’s first Fab (Semiconductor Fabrication Plant) in P1A (Phase 1A), in Phoenix, Arizona, U.S. December 6, 2022. REUTERS/Jonathan Ernst 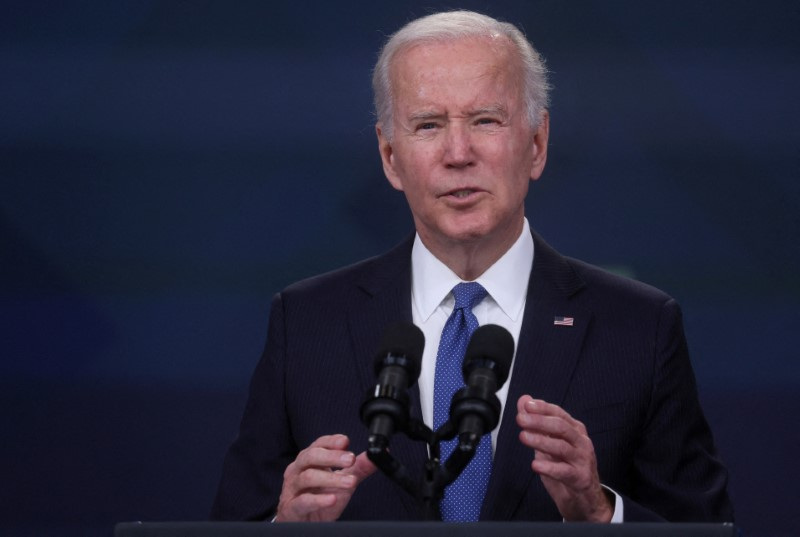 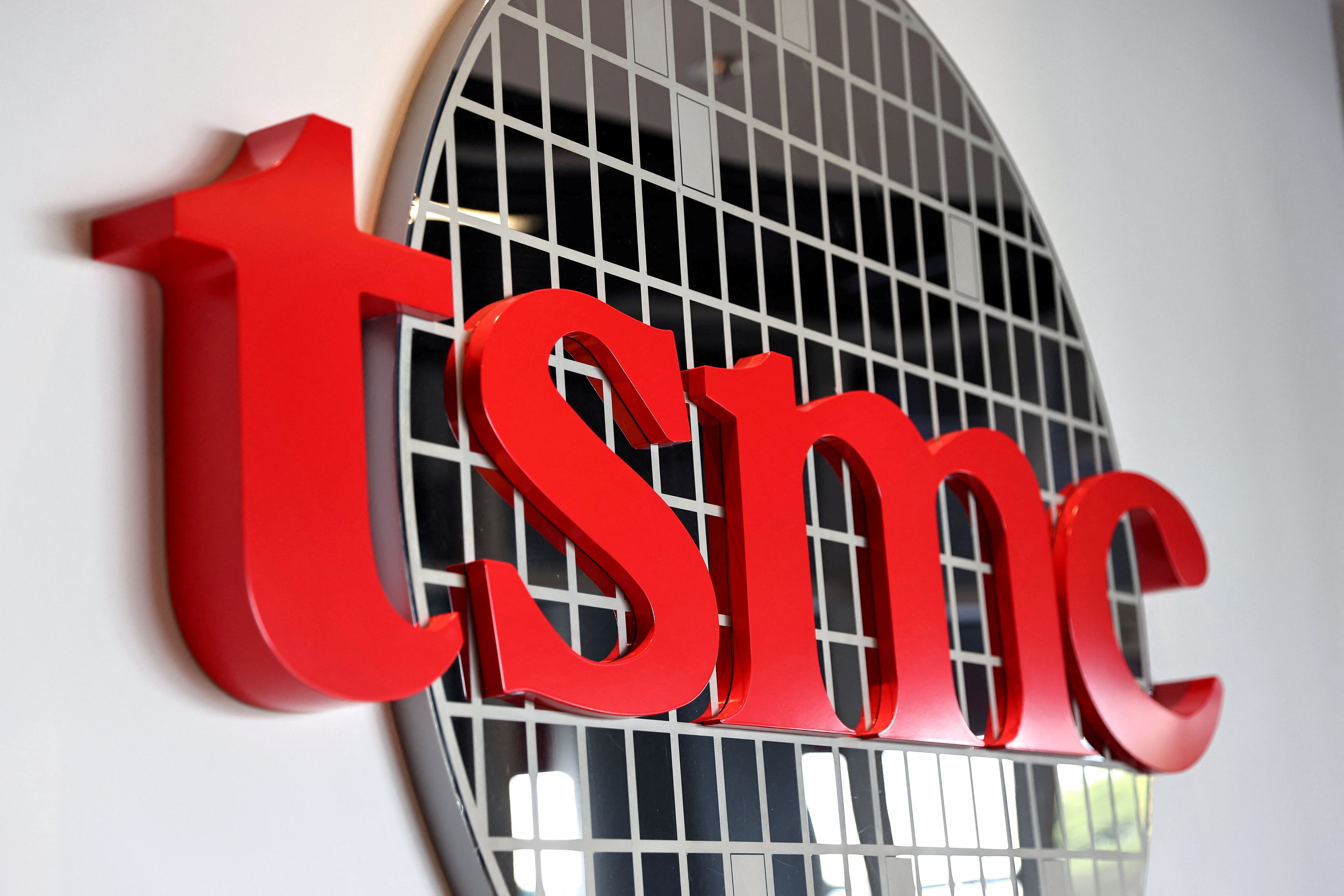 The logo of Taiwan Semiconductor Manufacturing Co (TSMC) is pictured at its headquarters, in Hsinchu, Taiwan, January 19, 2021. REUTERS/Ann Wang/File Photo 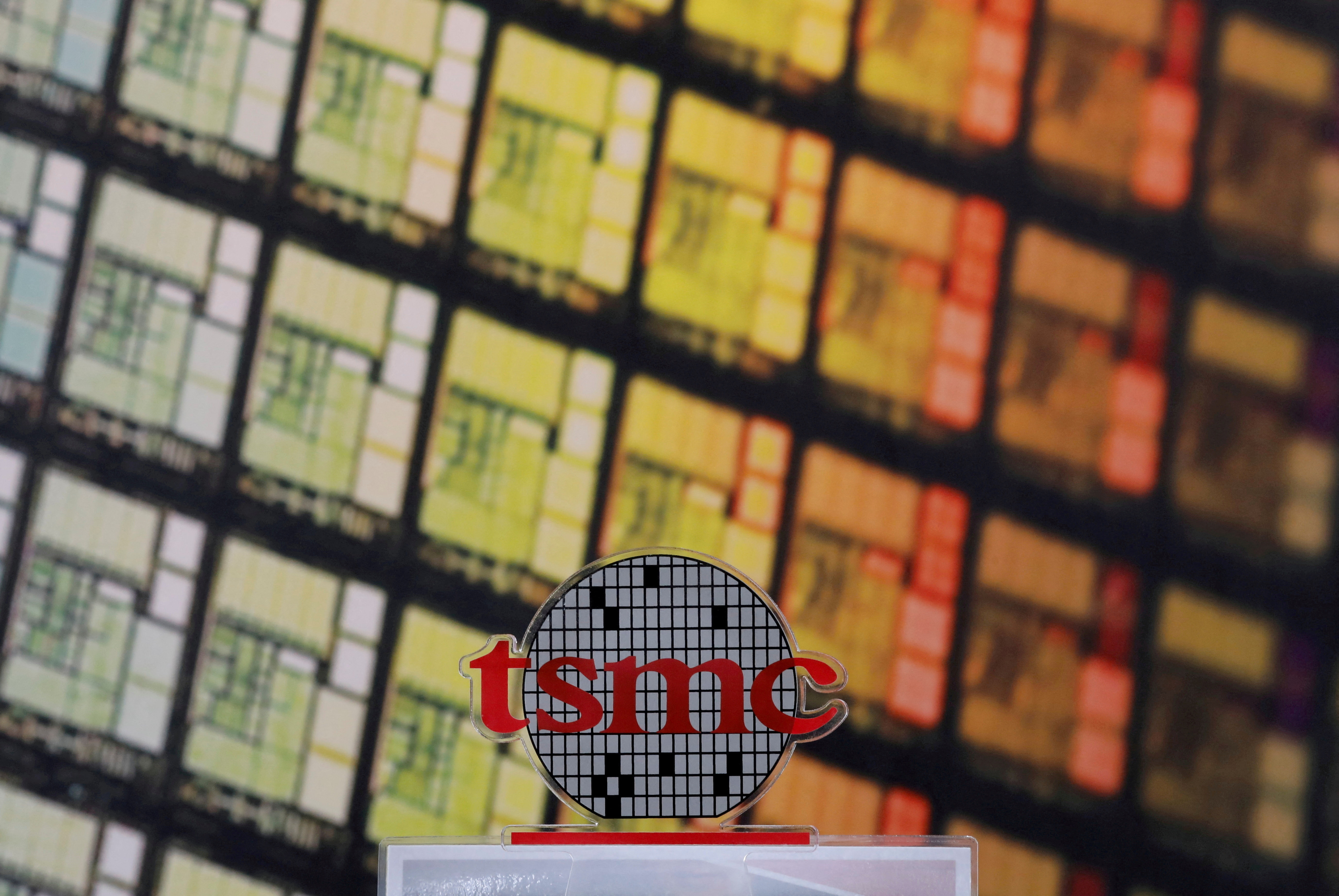