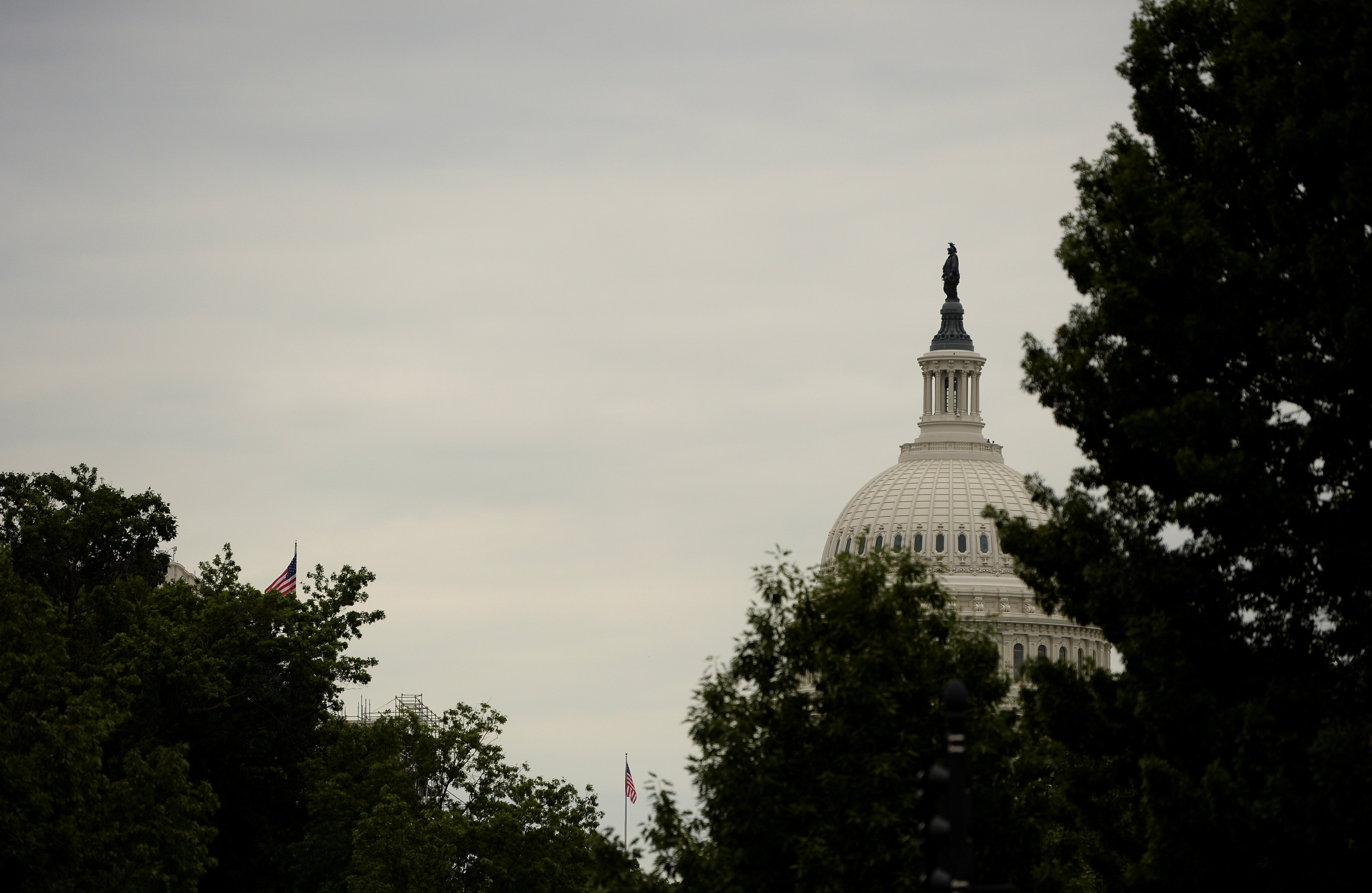 A general view of the sky above the United States Capitol dome in Washington, U.S., June 21, 2022. REUTERS/Mary F. Calvert

U.S. senators scaled back a proposal that placed new curbs on the use of Chinese-made chips by the U.S. government and its contractors, according to a final version of the measure published Tuesday, amid pushback from trade groups like the U.S. Chamber of Commerce.

The move, first reported by Reuters earlier on Tuesday, is the latest example of industry’s efforts to weaken proposals aimed at crimping China’s burgeoning tech sector, by pointing out how such measures will raise costs.

Top Senate Democrat Chuck Schumer and John Cornyn, a prominent Republican China hawk, unveiled a measure in September that would have required U.S. federal agencies and their contractors to stop using semiconductors manufactured at China’s SMIC, as well as chips made by Chinese memory chip leaders YMTC and CXMT.

The final version no longer forbids contractors from “using” the targeted chips and pushes the compliance deadline back to five years from the immediate or two-year implementation deadlines included in the first version.

“This does not clearly prohibit contractors from themselves using covered semiconductor products,” said Robyn Burrows, a lawyer at Blank Rome specializing in federal contracting, when asked to read excerpts of a recent draft of the measure obtained by Reuters and later published Tuesday night as part of a final legislative package.

Chips made by SMIC are commissioned by companies all over the world and can be found in products as diverse as cell phones and cars. They are difficult to identify because chips are not typically labeled with the names of the companies that manufacture them.

The measure, added as an amendment to the National Defense Authorization Act (NDAA), drew fire from the Chamber of Commerce and other trade groups, who said in a letter last month that it would be costly and difficult for companies to determine whether SMIC manufactured the chips contained in a vast array of electronics.

The powerful U.S. business group also argued in the letter signed by telecommunications and defense industry groups that rooting out such chips from common appliances like toasters or forcing federal contractors like paper suppliers to take on such a monumental task would not further U.S. national security.

The letter was first reported by Politico.

Lawmakers released a final version of the NDAA Tuesday night. The legislation is expected to pass the Senate and House of Representatives this month, and be sent to the White House for Biden to sign into law.

Schumer’s office, SMIC, YMTC, CXMT and the Chamber of Commerce did not respond to requests for comment.

A spokesperson for Cornyn said the five-year implementation deadline was designed to dovetail with the CHIPS Act, approved earlier this year to provide $52 billion in grants for chipmakers to expand operations in the United States.

“That funding will allow U.S. and western-allied production to come online to replace the production lost to these Chinese companies,” the spokesperson said.

The Chinese Embassy in Washington said it “firmly” rejects the inclusion of negative language about China in the legislation and said that the Chamber of Commerce letter “shows that arbitrary disruption and damage to the global industrial … supply chains serves no one’s interest.”

The provision was modeled on the 2019 NDAA, which barred the U.S. government and its contractors from using telecoms or video surveillance equipment from China’s Huawei, ZTE, Dahua, Hytera or Hikvision.

Companies are still struggling to comply with the law, as regulators have yet to finalize rules fleshing out the curbs, a problem referenced by the Chamber of Commerce in its letter.

The final version also narrows the scope of the restrictions, noting they only apply to items destined for the government’s “critical systems,” which include telecoms or information networks involving intelligence activities or command of military forces or weapons, among others.

SMIC was blacklisted by the Trump administration over concerns the company aids the Chinese military. YMTC is under investigation by the Commerce Department over whether it violated U.S. export controls by selling chips to blacklisted Chinese telecommunications company Huawei Technologies Co Ltd and could be blacklisted in short order.

The Commerce Department in October announced new export controls to curb Chinese chipmakers’ access to U.S. chipmaking tools to make the most advanced chips, aiming to hamstring China’s bid to supercharge its chip industry and ratcheting up tensions with Beijing.