Eastern Europe’s arms industry is churning out guns, artillery shells and other military supplies at a pace not seen since the Cold War as governments in the region lead efforts to aid Ukraine in its fight against Russia.

Allies have been supplying Kyiv with weapons and military equipment since Russia invaded its neighbour on Feb. 24, depleting their own inventories along the way.

The United States and Britain committed the most direct military aid to Ukraine between Jan. 24 and Oct. 3, a Kiel Institute for the World Economy tracker shows, with Poland in third place and the Czech Republic ninth.

But nearly a dozen government and company officials and analysts who spoke to Reuters said the conflict also presented new opportunities for the region’s arms industry.

“Taking into account the realities of the ongoing war in Ukraine and the visible attitude of many countries aimed at increased spending in the field of defence budgets, there is a real chance to enter new markets and increase export revenues in the coming years,” said Sebastian Chwalek, CEO of Poland’s PGZ.

It now plans to invest up to 8 billion zlotys ($1.8 billion)over the next decade, more than double its pre-war target, Chwalek told Reuters. That includes new facilities located further from the border with Russia’s ally Belarus for security reasons, he said.

Other manufacturers too are increasing production capacity and racing to hire workers, companies and government officials from Poland, Slovakia and the Czech Republic said.

Immediately after Russia’s attack some eastern European militaries and manufacturers began emptying their warehouses of Soviet-era weapons and ammunition that Ukrainians were familiar with, as Kyiv waited for NATO-standard equipment from the West.

As those stocks have dwindled, arms makers have cranked up production of both older and modern equipment to keep supplies flowing. The stream of weapons has helped Ukraine push back Russian forces and reclaim swathes of territory.

The company, which he said has also delivered artillery and mortar systems, howitzers, bulletproof vests, small arms and ammunition to Ukraine, is likely to surpass a pre-war 2022 revenue target of 6.74 billion zlotys.

Companies and officials who spoke to Reuters declined to give specific details of military supplies to Ukraine, and some did not want to be identified, citing security and commercial sensitivities.

Under Communism, huge factories in Czechoslovakia, the Warsaw Pact’s second-largest weapons producer, Poland and elsewhere in the region kept people employed, turning out weapons for Cold War conflicts Moscow stoked around the world.

“The Czech Republic was one of the powerhouses of weapons exporters and we have the personnel, material base and production lines needed to increase capacity,” its NATO Ambassador Jakub Landovsky told Reuters.

“This is a great chance for the Czechs to increase what we need after giving the Ukrainians the old Soviet-era stocks. This can show other countries we can be a reliable partner in the arms industry.”

The 1991 collapse of the Soviet Union and NATO’s expansion into the region pushed companies to modernise, but “they can still quickly produce things like ammunition that fits the Soviet systems”, said Siemon Wezeman, a researcher at the Stockholm International Peace Research Institute.

Deliveries to Ukraine have included artillery rounds of “Eastern” calibres, such as 152mm howitzer rounds and 122mm rockets not produced by Western companies, officials and companies said.

They said Ukraine had acquired weapons and equipment via donations from governments and direct commercial contracts between Kyiv and the manufacturers.

“Eastern European countries support Ukraine substantially,” Christoph Trebesch, a professor at the Kiel Institute, said. “At the same time it’s an opportunity for them to build up their military production industry.”

Ukraine has received nearly 50 billion crowns ($2.1 billion) of weapons and equipment from Czech companies, about 95% of which were commercial deliveries, Czech Deputy Defence Minister Tomas Kopecny told Reuters. Czech arms exports this year will be the highest since 1989, he said, with many companies in the sector adding jobs and capacity.

“For the Czech defence industry, the conflict in Ukraine, and the assistance it provides is clearly a boost that we have not seen in the last 30 years,” Kopecny said.

David Hac, chief executive of Czech STV Group, outlined to Reuters plans to add new production lines for small-calibre ammunition and said it is considering expanding its large-calibre capability. In a tight labour market, the company is trying to poach workers from a slowing car industry, he said.

He said supplying Ukraine was more than just good business.

“After the Russian aggression started, our deliveries for Ukrainian army multiplied,” Cirtek said.

“The majority of the Czech population still remember times of a Russian occupation of our country before 1990 and we don´t want to have Russian troops closer to our borders.” 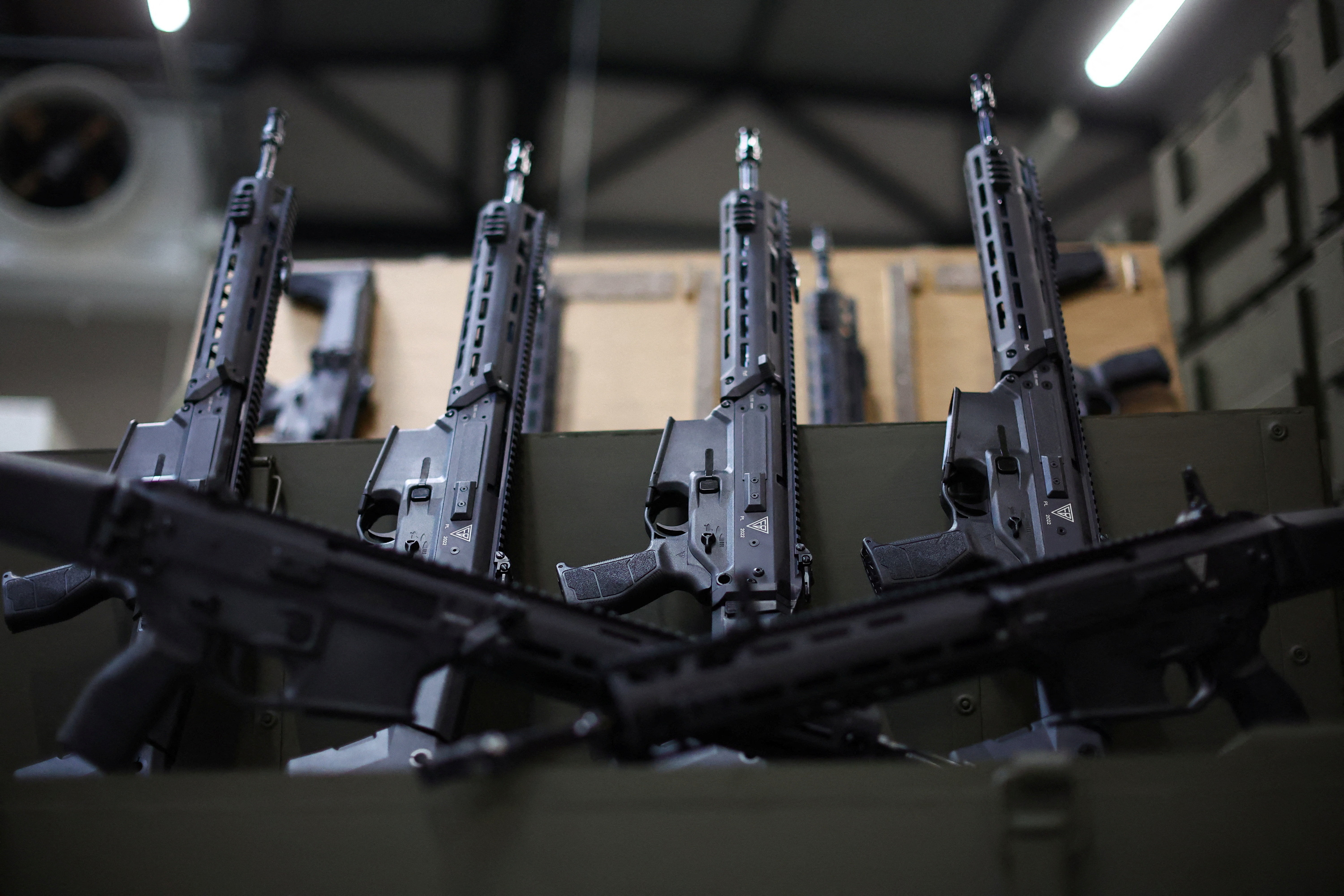 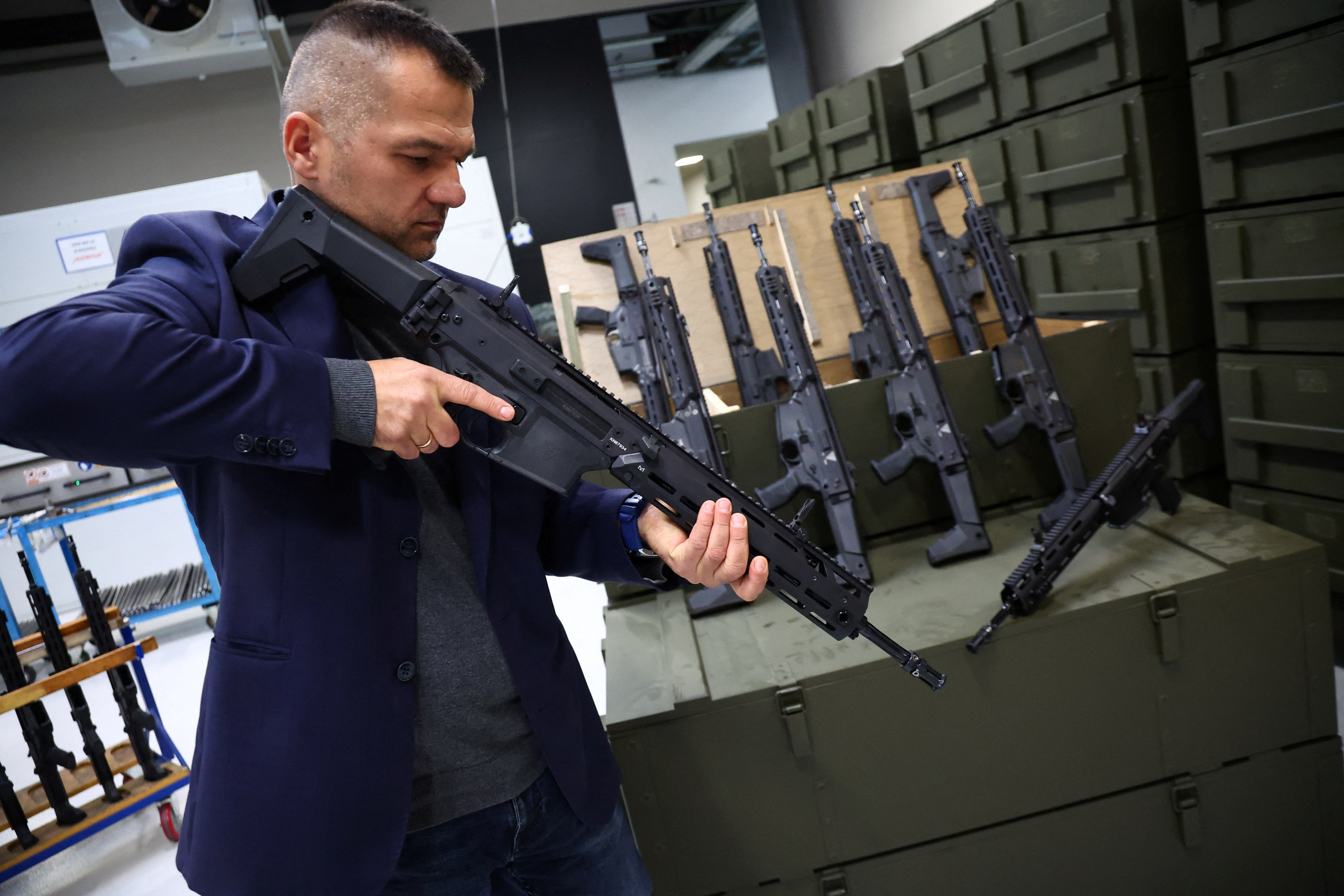 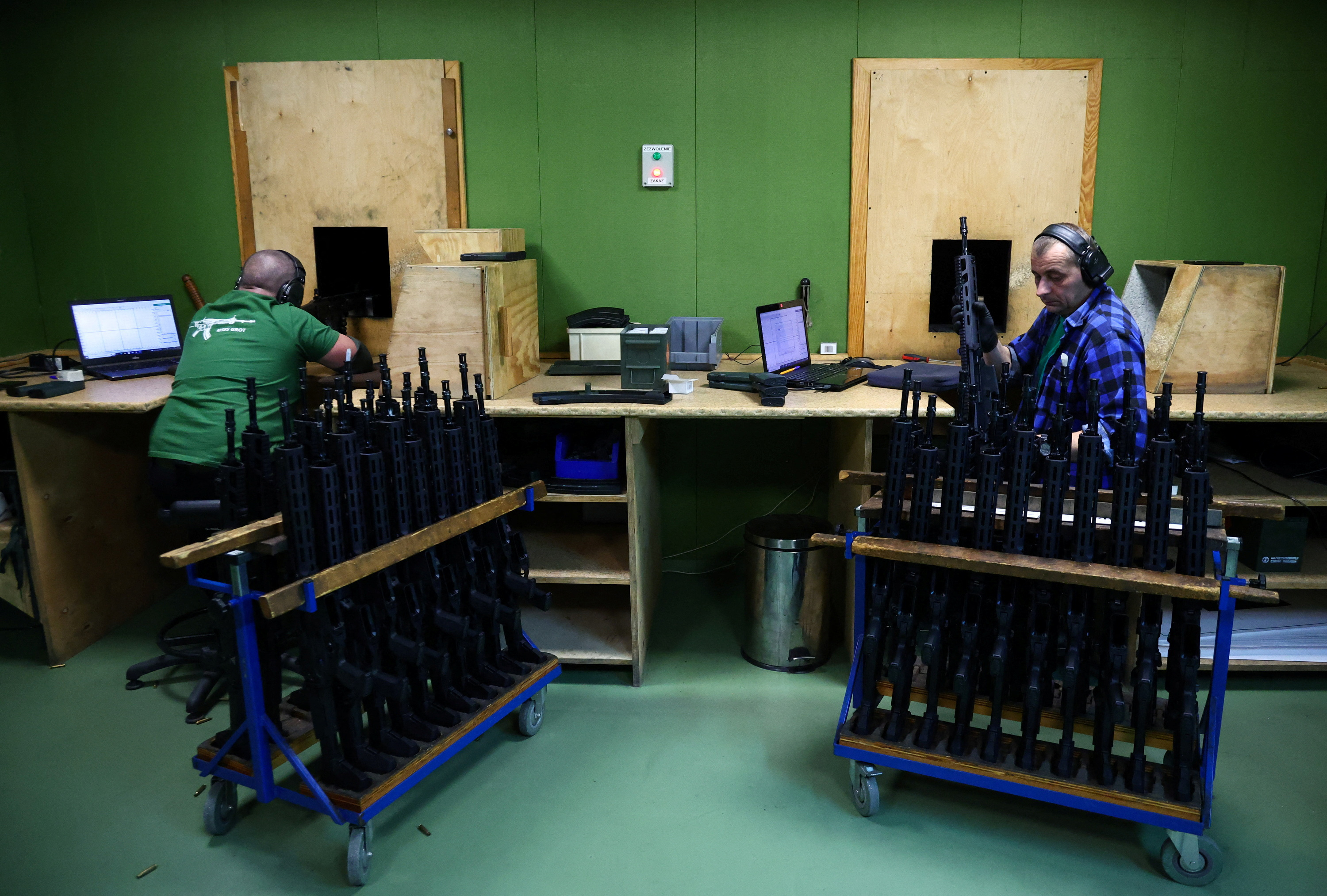 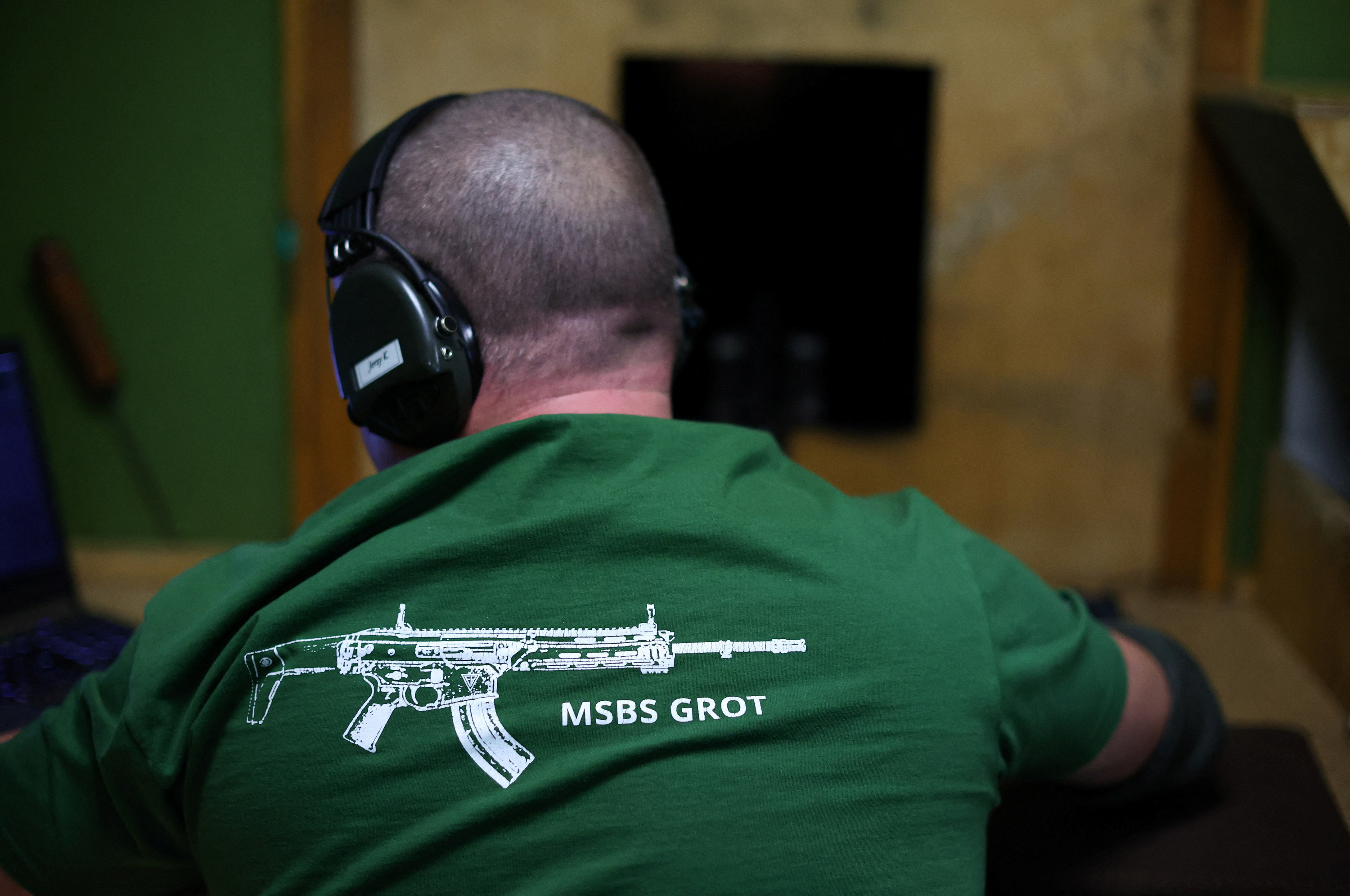 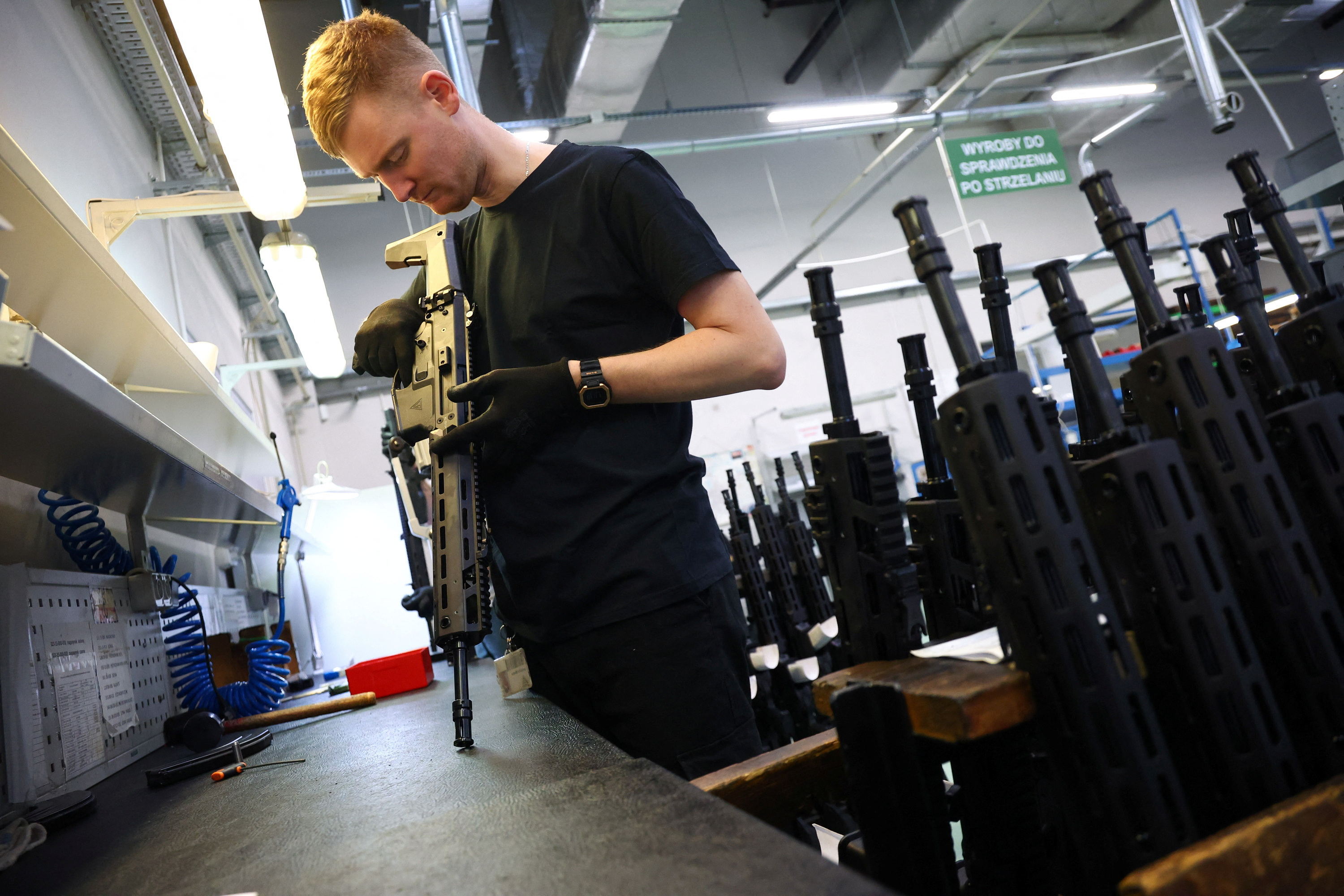 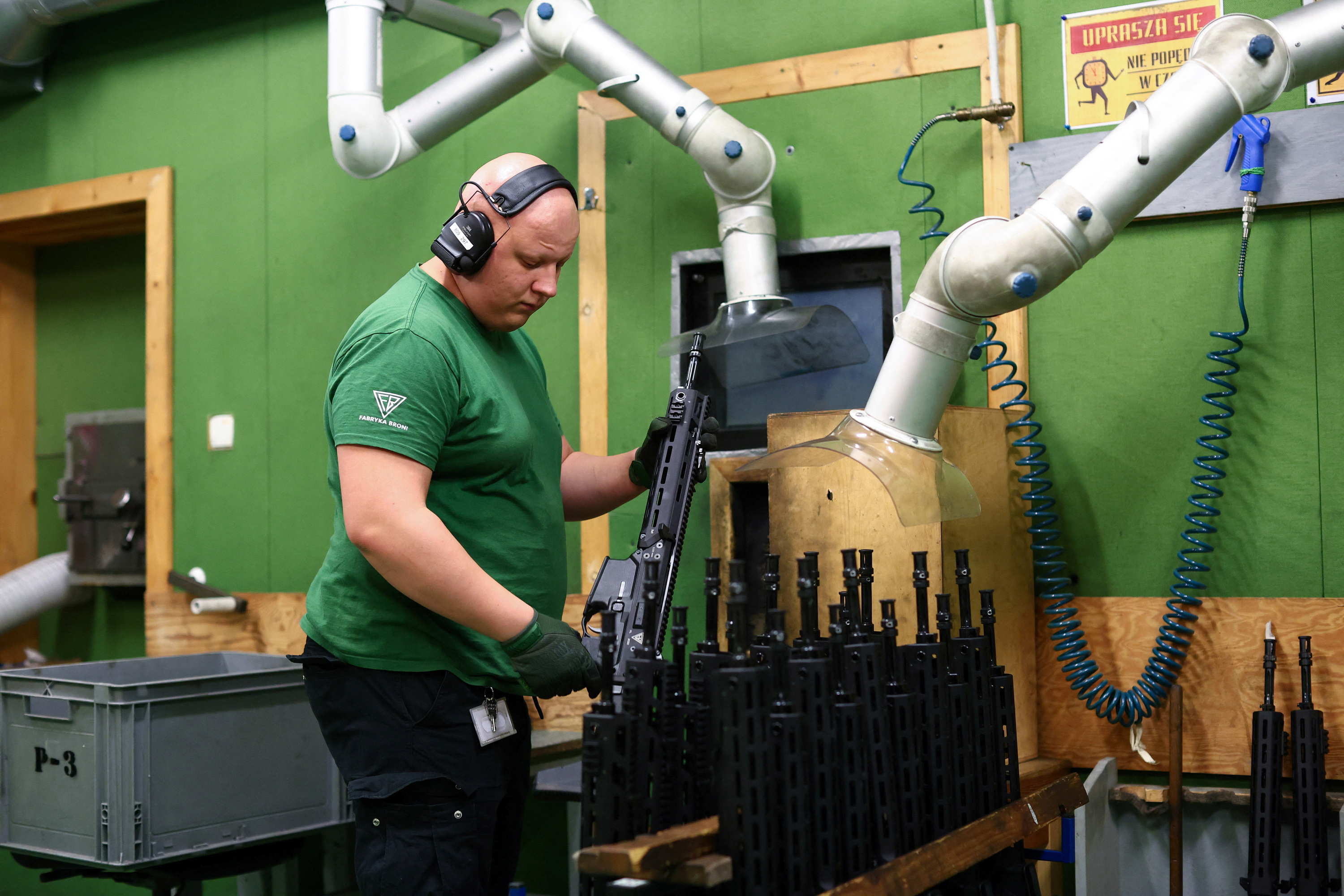